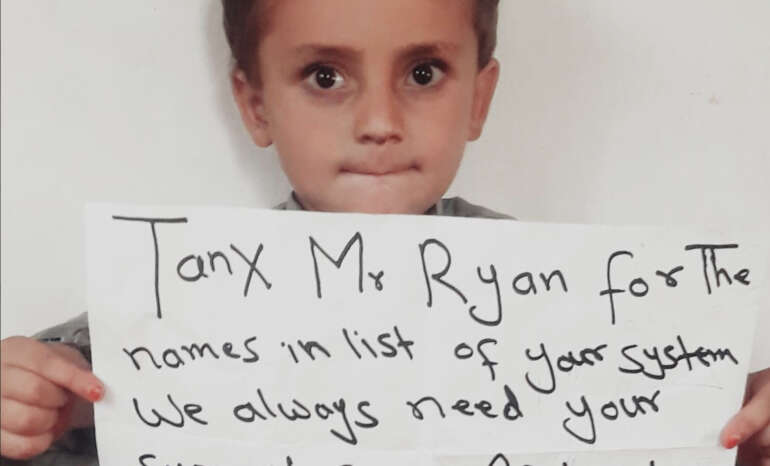 After the U.S. Forces Afghanistan withdrawal in 2021, a Taliban takeover initiated an Afghanistan humanitarian crisis, threatening millions of lives. Today, 90% of Afghans live on under $1.90/day (the international-poverty line). Innocent Afghans are violently targeted by the Taliban for their minority status, faith, or association with foreign Armed Forces or NGOs.

Doubting Thomas Research Foundation (DTRF) has long researched biblical events from an archeological perspective. But, immediately prior to the fall of Afghanistan, as a National Intelligence analyst, we were presented with a unique opportunity to dive into the ensuing Afghanistan humanitarian crisis to save lives.

At the fall of Afghanistan, our Afghan Liberty Project (ALP) — which operates under DTRF — ballooned into an operation that brings life-saving support to close to 400 Taliban-targeted people per day. In response to the humanitarian crisis, our safe houses offer food, shelter, warmth, medical care, and security to 300-400 people at any given time.

We are honored to serve so many people. But, the above statistic is more than just a blanket statement. Behind these numbers, there are real people with fears, struggles, ambitions, and hopes.

How You Can Help With the Afghanistan Humanitarian Crisis

Our safe house network runs because of donors who contribute to save lives. If you would like to help us save lives, please consider a one-time donation.

Donate below to help us continue our life-saving work.

In this post, we will introduce you to two of many families receiving aid within our safe house network in response to the Afghanistan humanitarian crisis. Sara comes from a Christian family that has brought essential aid to the war-torn country for decades. Hashem and his family have supported U.S. troops in Special Forces Operations designed to create an Afghanistan free from terrorism.

Sara N. is a young, single Christian woman in Afghanistan. Prior to the Afghanistan crisis, she earned a Bachelor’s degree in dentistry and brought medical care to countless patients in war-torn Afghanistan. She also worked as a women’s rights activist, defending Afghan women against Taliban violence. She planned to earn a Master’s degree in medicine.

When Afghanistan fell, Sara was forbidden to work. Her mother was fighting cancer but was not allowed to travel abroad to receive treatment. Her death plunged Sara, her sister, and her father into deep grief. At the same time, Sara took care of her father who was a bomb victim (due to his work with U.S. troops) and had life-threatening complications that could not be treated in Afghanistan.

Even in their struggles and grief, neighbors who knew the family tipped off the Taliban that Sara and her family were Chrisians. This sparked a Taliban hunt for the family’s lives. So, Sara emailed us.

In response, we provided a safe house, life-sustaining medical care, food, warmth, and shelter. We are now searching for evacuation routes to save Sara’s father from his wounds and Sara and her sister from becoming forced Taliban brides.

Hashem worked with U.S. troops deactivating bombs set by the Taliban to kill little girls attending school (which is against Taliban law). He also participated in the arrest and/or killing of 12 Taliban fighters under U.S. Special Forces operations.

In August of 2021, the Taliban arrested Hashem and he was taken into custody for 49 days. Devastatingly, on October 2, 2021, his family was notified of his death in an Afghanistan hospital.

The family then began the fight to claim Hashem’s body. When they were finally allowed to take his body for funeral preparations, it was clear his neck and shoulders were broken. Signs all over his body revealed he had died a brutal death by Taliban torture over 49 days.

The Taliban forbade the family from attending Hashem’s funeral. Still, community religious leaders did attend. As punishment, they were captured and tortured by the Taliban. In addition, the Taliban began hunting the rest of Hashem’s family for death, citing their support of U.S. Armed Forces operations in Afghanistan as justification for their sentences.

While fleeing, Hashem’s family contacted us with a request for protection. We pulled them into our safe house network, where they received medical care, food, security, hygiene and warmth products, and an extensive search for evacuation routes for them. Our search continues today.

What is the crisis in Afghanistan?

After U.S. Forces left Afghanistan, the Taliban overtook Afghanistan’s government. To hide from violent Taliban fighters, many Afghans stopped working in essential industries. The Taliban targeted U.S. and NATO NGOs who provided aid to Afghanistan. To avoid strengthening the Taliban, the International Monetary Fund and others stopped aid to the Afghan government.

What is Afghanistan’s condition now?

90% of Afghans are living below the World Bank’s poverty-line of $1.90 a day. To keep from starving to death, many families are selling their belongings and even their women, children and body parts. A fraction of Afghanistan’s medical clinics are functional and most have limited ability to offer basic surgeries and treatments.

How Can I Help the Afghanistan Humanitarian Crisis Without Money?

You can volunteer in the effort to save innocent Afghan lives. Tasks you can do from home to save dying Afghans include fundraising for a nonprofit that provides humanitarian aid in Afghanistan and helping with data entry so nonprofits can identify Afghans in crisis. To volunteer, email your resume to afghanrescuevolunteers.com.

If you do have extra funds to donate, every little donation makes a difference! After eliminating international government aid that could strengthen the Taliban, covert operations by private NGOs — like the Afghan Liberty Project — must offer basic life-sustaining necessities directly to vetted at-risk Afghans. You can help. Donate here to save innocent Afghans. 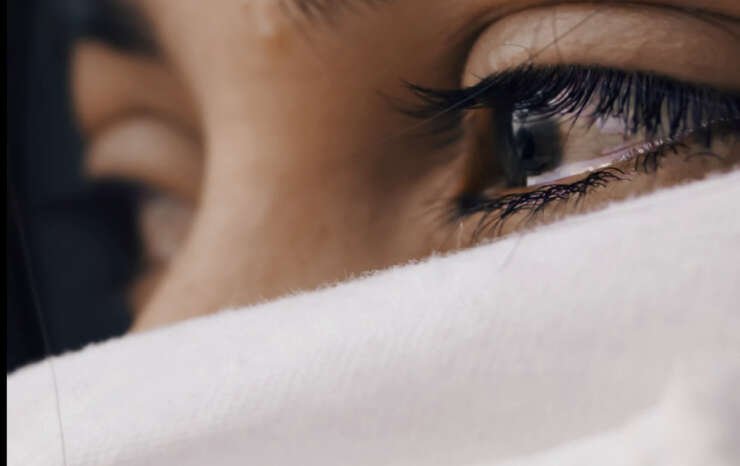 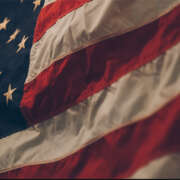 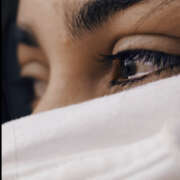 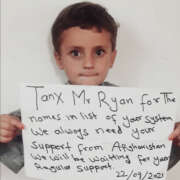